As long as there has been civilization, there have been flocks of pigeons hanging around looking to score easy food and shelter from their human counterparts. However, pigeons are annoying. As anyone who has tried to enjoy a meal outdoors knows, the fewer pigeons hanging around your home or business, the better.

Arizona has a problem with pigeons due to sprawling suburbs’ status as an oasis in the desert. Out in the desert, food is harder to come by, and pigeon populations tend to be low or nonexistent. In town, life is easy for the birds. Pigeons especially love golf course communities, where they can feast during when homeowners and course management overseed the grass during winter. Phoenix, Arizona is ground zero for this infestation of birds. With the epidemic of pigeon infestation reaching epic proportions, let’s take a look at why pigeon removal is a good idea and some common removal techniques.

Why should you get rid of pigeons?

Pigeons will corrode the paint on your home and car, and due to their complete lack of fear of humans will make it difficult to enjoy being outside around them. They also often ruin landscaping. They multiply exponentially when they have the necessary food, water, and shelter to support it. Worse, they can spread disease and parasites, putting you and your family at risk. There are DIY options, but the best option is typically to hire a firm with experience in pigeon removal, not just any general pest removal company.

How can you get rid of pigeons?

Removal options depend on what your goals are. Often the best option is to hire a professional firm like ours. We have experience in removing pigeons and can typically do the job faster and more effectively than you can on your own without adding stress and headaches to your life. Other companies also looking to capitalize on the pigeon infestation in Phoenix may not be able to do the job up to the standards you deserve. Here are some of the methods used to eliminate pigeons.

Pigeon proofing is the art and science of making your home or business undesirable for the birds. This often includes putting metal spikes on roosting areas, making them inhospitable for nests. Some consumers have resorted to putting hot chili peppers in pigeon roosting areas. Pigeon spikes aren’t the most attractive thing to have around the house but beat looking at bird poop all day.

Removal of Food and Water Sources

Other methods for pigeon proofing include reducing food supply and water supply. Your birdbath might have been cute back in Chicago, but in the desert, water attracts some creatures you don’t necessarily want hanging around. Securing garbage and having a plan to keep birds away when overseeding are also necessary steps. Feeding pigeons is highly discouraged because they learn where food is and return over and over again.

If you have an unwanted pigeon population, it is necessary to trap them, or they will continue to hang around your house for weeks. Live traps are the best for eliminating pigeons. Unfortunately, pigeons will return to the area even if they are released far away, so it is necessary to euthanize them. It is a good idea to hire a professional firm to handle this aspect of pigeon removal.

Do you have a stray cat that finds it’s way over to your backyard? You might want to consider eliminating the pigeon food and setting out some cat food. Cats are pigeon killing machines, and after a few weeks of the new arrangement, you could find yourself with a chubby cat and no pigeons. You could also consider building an owl house. Another natural pigeon predator is the hawk, but you may not want to encourage hawks to nest on your property, especially if you have small pets.

For areas with out of control populations of pigeons, there is a product called Ovocontrol that you can use to control pigeon populations. Ovocontrol is birth control for pigeons and is given to the birds via treated food. This is one of the more humane ways to reduce pigeon populations and does not require any birds to be killed. Often, when one house puts up pigeon spikes, the pigeons will simply move next door to a neighbor’s house before they annoy them enough to pigeon proof. Neighborhoods haven’t banded together too often in the past but as Phoenix (and its parasite pigeon population) continues to grow; more cities and HOAs are considering the option. Ovocontrol has the benefit of curbing runaway pigeon populations over a much larger geographic area than traditional pigeon control.

In addition to these methods, there are some more uncommon methods for the job of pigeon removal. They include electric shocks and ledge modification. Ledge modification especially can be an effective alternative to pigeon spikes if looks are important. However, poisoning pigeons is illegal in most cities due to the risk of predators or scavengers eating the poisoned pigeons and in turn, dying.

What Doesn’t Work for Pigeon Proofing

If you live within the city limits, shooting pigeons is not a smart option. Also, pigeons are fairly smart creatures and tend to adjust to fake owls after a few days. Fake owls don’t work as well as the real ones do. There are a variety of gimmicks you can purchase in the hopes of driving away pigeons, but they typically have a low success rate. Again, poisoning pigeons is illegal in most jurisdictions and can cause liability. Shooting at pigeons within the city limits has the potential to create even more liability if you don’t hit your intended target.

Give us a call today for a quote on pigeon removal. We’re happy to help you out. You shouldn’t have to put up with pigeons taking over your home and business, spreading trash and disease. Leave it up to the professionals, and we’ll take care of it! 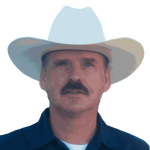 Lisa Martinez
11:00 25 Sep 18
Happy with all the staff they are involved on this team.
Miguel Cavazos
20:04 22 Sep 18
They are doing good. I will reuse them for my next roofing. Carry on guys.
James Maney
20:50 18 Sep 18
Amazing service! Very helpful service and very friendly. Highly recommend for use the amazing service!
Thomas Hernandez
00:27 16 Sep 18
Awesome customer service! Thanks a lot! I will again use the service.
A Google User
23:13 04 Sep 18
We had Pigeons living on our roof and bird $hit running down our outside walls. It was so bad we had to use the garage to get in and out of our home. Called on Thursday and the problem was fixed Friday afternoon. Everyone was professional and easy to deal with. The price was less than we feared and the clean up made our roof look brand new.
See All Reviews Write a review